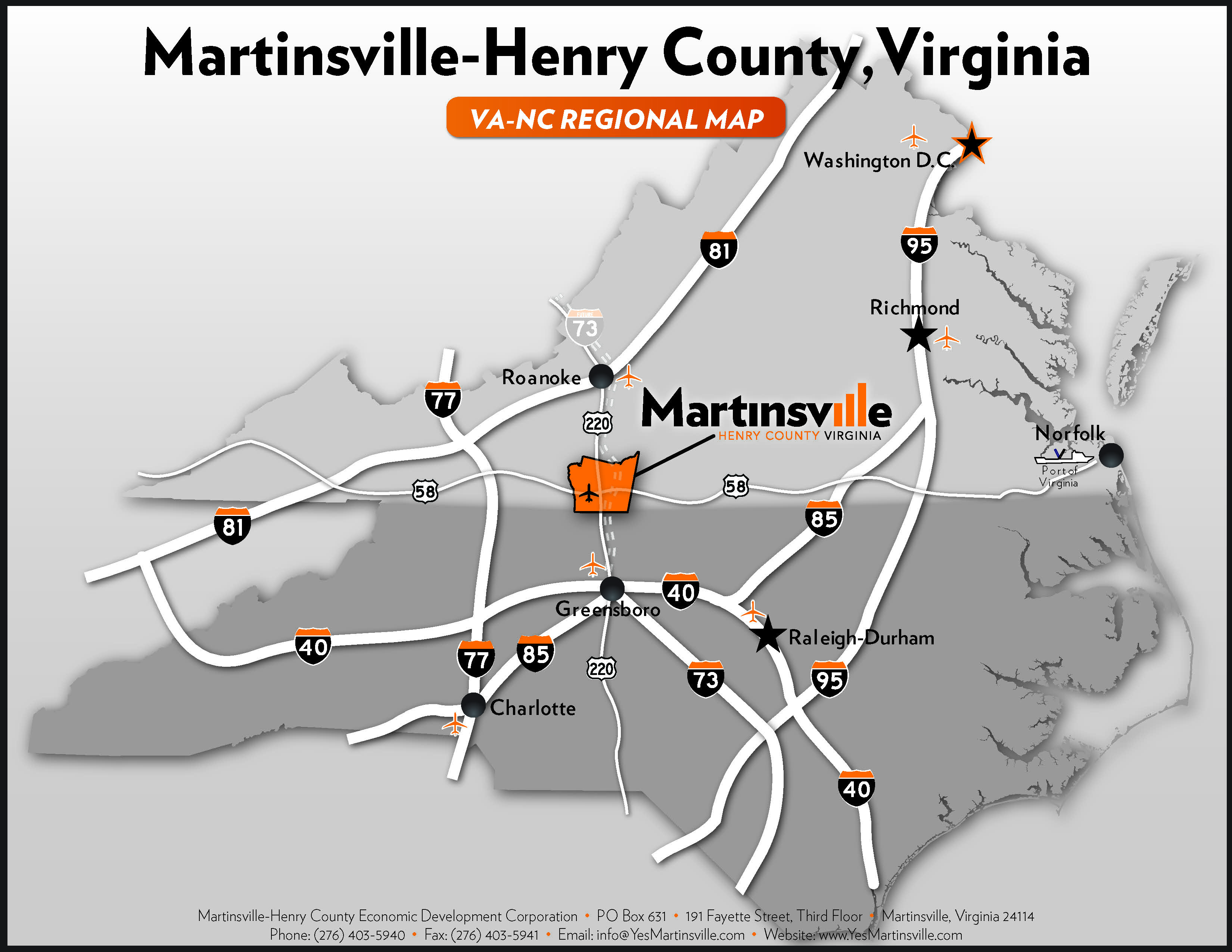 makes it an ideal location for business. Interstates 40, 77, 81, 85 and proposed I-73 are all within 50 miles of the community. I-40 runs East-West from Wilmington, NC to California; I-77 connects Columbia, SC to Cleveland and the Midwest; I-81 runs North-South from Syracuse, NY to Knoxville, TN; and I-85 connects Petersburg, VA south to Montgomery, AL. Two four-lane highways connect the community to the interstate system and larger metro areas: US-220, which runs North-South from Waverly, NY to Rockingham, NC and US-58, running East-West from Virginia Beach, VA to the Virginia-Tennessee border. Click here for a map of the regional highway system.

The Port of Virginia