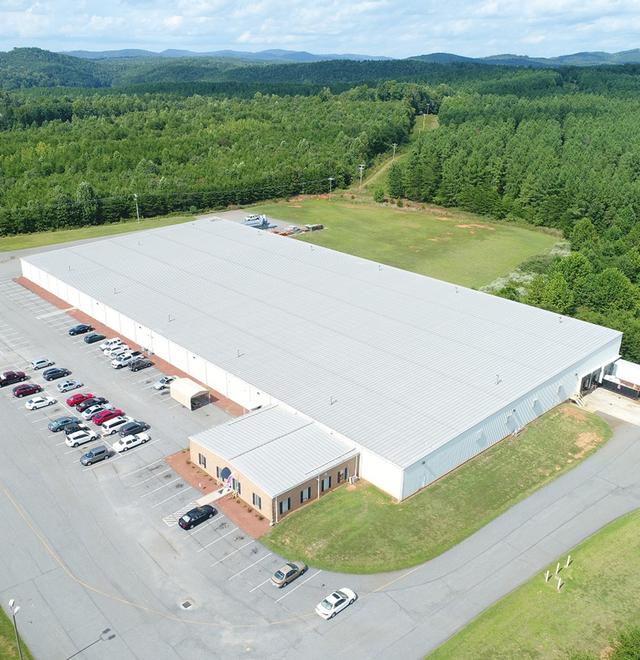 Office of the Governor

RICHMOND — Governor Ralph Northam today announced that FerraTex Solutions, LLC, a leading provider of cured-in-place-pipe (CIPP) solutions, will purchase the former Compton Wood Products facility in the Bowles Industrial Park in Henry County. The company will invest approximately $1.95 million to renovate and expand the facility to accommodate increasing demand. FerraTex, a wholly owned subsidiary of Applied Felts Inc., will add 15 new jobs at the site located near the Martinsville Applied Felts operation, which has been in Martinsville since 1997 and employs 150 workers.

“As we work to rebound from the economic impacts of this pandemic, our existing companies will play an important role in new hiring and investment,” said Governor Northam. “We look forward to the new FerraTex operation in Henry County and remain committed to providing the infrastructure and skilled workforce to help businesses of all sizes grow and succeed in our Commonwealth.”

As the world’s leading pipe felt liner manufacturer, Applied Felts has provided materials globally to reline over 850 million linear feet of pipe using the CIPP rehabilitation process. The company has more than four decades of expertise and currently manufactures lining materials in Martinsville, Virginia, the United Kingdom, and India. In December 2019, Applied Felts acquired FerraTex Solutions, LLC, a provider of wet-out services and CIPP pipe, CIPP liners, CIPP tubes, and CIPP equipment, meeting the needs of the most demanding trenchless pipe lining and pipe rehabilitation projects since its founding in 2013. FerraTex operates five facilities across the country located in New Jersey, Tennessee, Florida, Nevada, and Texas.

“Applied Felts has been a valued employer in Virginia for more than two decades, and we are proud to welcome its subsidiary FerraTex Solutions’ new manufacturing facility to Henry County,” said Secretary of Commerce and Trade Brian Ball. “Applied Felts’ decision to locate its next subsidiary operation in Martinsville-Henry County is a testament to the region’s business climate, infrastructure, and high-quality workforce. We thank the company for its continued investment in Virginia.”

“We are excited to expand our presence in Henry County and add our sixth FerraTex facility in the United States,” said Alex Johnson, President of Applied Felts Inc. “We have enjoyed over 20 years of doing business in Martinsville-Henry County, and additional presence here was an easy decision. The close proximity of the new facility to our Applied Felts plant will greatly reduce shipping costs, allow us to maintain access to the area’s outstanding trucking lanes and highly skilled employee base, and better meet the high demand in the Mid-Atlantic and Southeastern United States, two of the nation’s busiest underground infrastructure repair markets.”

“The establishment of our state-of-the-art, flagship location in the Commonwealth would not have been possible without the close cooperation and detailed efforts of officials from Henry County and the Commonwealth of Virginia,” said Jerry Gaines, Vice President of Operations for FerraTex Solutions. “We have been warmly welcomed here in Martinsville and are excited about what the future holds for FerraTex as a new member of the Henry County business community.”

The Virginia Development Partnership (VEDP) worked with the Martinsville-Henry County Economic Development Corporation (EDC) to secure the project for Virginia. Governor Northam approved a $65,000 grant from the Commonwealth Opportunity fund to assist Henry County with the project. Funding and services to support the company’s employee training activities will be provided through the Virginia Jobs Investment Program, administered by VEDP. Henry County’s local investment is $118,701 and includes local Enterprise Zone grants and cash from the Martinsville-Henry County EDC.

“Henry County welcomes FerraTex to our community,” said Jim Adams, Chair of the Henry County Board of Supervisors. “Applied Felts is an old and trusted friend, and we are certain that FerraTex will be as impactful on our community as its partner.”

“We are thrilled to welcome FerraTex Solutions to Henry County,” said Senator William Stanley. “Southern Virginia’s workforce and infrastructure continue to play a critical role in companies’ success, and I am proud that Applied Felts will reinvest in Martinsville-Henry County with this new operation. I thank the company for its creation of new jobs and revenue in this region.”

“No region of the Commonwealth is better equipped to host modern manufacturing facilities than ours,” said Delegate Les Adams. “As its state representative, I join in welcoming FerraTex Solutions to this community and congratulate our local economic developers on yet another success.”